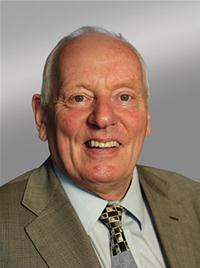 I share the sheer joy of friends and comrades in the south at the referendum result.

Ireland, as someone has said, CAME OUT, and became a Republic of Freedom, perhaps for the first time.

Nothing illustrates that more than those hundreds who flew back into Dublin to vote.

It was not ever thus.

When they decriminalised in 1993, it was eleven years since I and a small band achieved the same in Northern Ireland. We had then a handful of non-gay supporters – Mary Holland the journalist, the poet John Hewitt and his wife, and another journalist still with us, Fionnuala O’Connor.

It took the south another decade, David Norris following in my footsteps at the European Court of Human Rights.

Contrary social forces there were strong. Not so now.

Although four out of ten did find reasons to vote NO, the campaign was civilised and largely polite.

So why the change? What happened?

Gay people came out, and the world realised we were not what they were led to expect. That then became a geometric process. Everybody had a gay person in their family or one amongst their friends.

When we decriminalised in 1982, there was a small party in Belfast of a dozen people and later a celebratory disco, not a huge street party with global support.

There was still to be a series of uphill battles in Northern Ireland, to bring about an equal age of consent, a fair and non-discriminatory sexual offences law, and civil partnerships. All were achieved by and through Westminster, with the signal help of Kate Hoey MP in the age case.

Being realistic, most countries in Europe still do not have equal marriage laws.

And the fact remains that in communist and post-communist countries, in the Islamic world and in much of Africa there is prosecution, persecution and worse. A ray of hope – Mozambique has just decriminalised. London a recent opinion poll told us, worryingly, is twice as homophobic as anywhere else in Britain.

Now in Northern Ireland we are being asked to follow suit immediately in the matter of marriage.

I don’t want to be churlish, but decriminalisation in the 1980s was achieved without support from any political party in Northern Ireland.

When the going was tough, the tough were found wanting.

Even today the Alliance Party has an equal marriage policy but it does not discipline MLAs who defy the whip.

Sinn Fein who were not supportive of law reform when it was unpopular, still can’t celebrate or even recognise their most famous gay hero and martyr, Roger Casement.

I am living history and can only take the long view.

I also campaigned for civil partnership when that was the limit of what progressives in the Labour Party and LibDems were offering. I did not say then marriage was next.

We don’t want or need a referendum here. That is a silly notion. The Bill would still have to get through the Assembly where it would be vetoed.

I don’t think the proposers of this motion are showboating or trying to test those who have concerns about a change in the marriage law, but I am nervous of opponents getting demonised for opposing something that was common currency a few short years ago.

I have respect for those I know who cannot support this motion, either because of theological beliefs, or simply traditional views, but not for those in the DUP who would reverse the reforms achieved, even decriminalisation itself. I have said we need to be careful that the balance between the European Convention articles on freedom of conscience and the right to a private life do not get out of kilter. Equality law should not trump human rights.

In my own party there are differing views. We tend to hold to the status quo, and that I understand, but some have already voted for change and it cannot be said they have paid a political penalty – unlike Montgomery Hyde MP, the most prominent exponent in the House of Commons in the 1950s for enacting the Wolfenden report reforms. He lost the Ulster Unionist nomination for his North Belfast seat in 1959 for his courage.

To conclude, I got selected in South Belfast by the UUP for this august body, and elected in 2014, as an openly gay man, and have been treated with respect and courtesy by all the other members. This has warmed my heart like little else.

As to the matter in hand, I am not of the view that the legislative change sought will be achieved through Stormont, certainly for a number of years. This motion is not going to change many minds there. I rather expect my learned friends in the High Court and in Strasbourg will again be the vehicle of change.

Motion re: Civil Marriage Provisions for Same Sex Couples – Cllr. Emmet McDonough-Brown (Alliance) to move (Seconded by Cllr. Jim McVeigh, Sinn Fein leader):“This Council believes that all couples in Belfast and across Northern Ireland, regardless of sexual orientation, should have the right to a civil marriage; that the rights of religious institutions to define, observe and practise marriage within their beliefs should be given legal protection; that faith groups which wish to marry same sex couples should not be prevented by the state from doing so; that all married couples of the same sex should have the same legal entitlement to the protections, responsibilities, rights, obligations and benefits afforded by the legal institution of marriage; and calls on the Minister of Finance and Personnel to introduce legislation to extend civil marriage provisions to same sex couples.” Passed by 38 to 13 with two abstentions.

"Gay and Proud" A New Kind of Fairytale Spotlights Gay Hero
%d bloggers like this:
Scroll to top