Pub: Brillance Books Written in the 1950’Seand first published in 1961, this, Goff’s second novel with a Gay theme, is the story of a successful Company Director whose rise to the top is thwarted by the Chairman’s discovering that he Leonard, the youngest Director is Gay, due to betrayal by another Gay man in whom Leonard confided. He refuses to conceal his private life and thus loses his position. The theme of the novel is the conflict between private desire and enforced public practice, between the social and cultural traditions of the British Establishment and the sub-culture hidden within it. The power of public morality is demonstrated by the fact that although the youngest Director rejects the heterosexual, set-up his own life is a mirror image of his fellow Directors. I would recommend this book to Gays who think we live in a “liberated” age. We have come a long way since 1961 – but we have still got a long way to go. 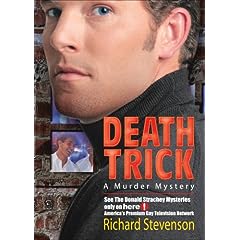 Very, very good – best of its kind – according to the people who read it. But nobody’s produced a review]

The story is about two men who meet on National Service. They are both passive characters – no fight, no bite, they failing, rather than create, a relationship. There is no real change in them or their relationship though it goes from the 1950’s until the mid-seventies.