I have republished this article as a challenge to the LGBT community in N Ireland – I know that we have put together photographs in relation to homophobia, but have we had an exhibition, if so when was it, and when will we have it again.  If we haven’t done it, whey not? 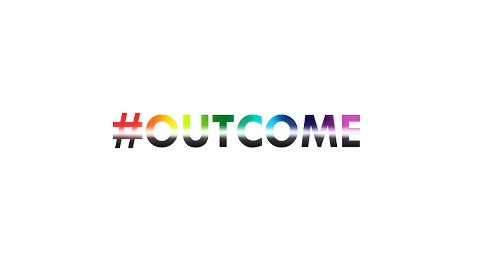 A series of portraits aimed to “shine like a beacon of hope” for the future of young LGBTs has gone on display in Forest Hill today.

The #Outcome project, by Lewisham-based photographer Tom Dingley, 28, showcases portraits of men and women from the LGBT community holding pictures of themselves as children alongside visual displays of their current profession.

According to Dingley, the main intention of the selected photos, now displaying at Seniors: “is to develop a wide sense of diversity and variety that exists within the lesbian, gay and transgender community.”

“I want the portraits to shine like a beacon of hope & optimism for the future of young LGBTs or those confused by their identity. My portraits show that you do grow up, you can come out and still lead a successful & happy adult life.”

However, Dingley states, he is not trying to “sugarcoat” the coming out process: “It can sometimes be the most fearful thing someone overcomes, but I am saying it’s worth doing because there are great opportunities as an out adult and a community that enjoys life and looks out for each other.”

“The portraits show the adult holding their own childhood photo and just how far they’ve come.” 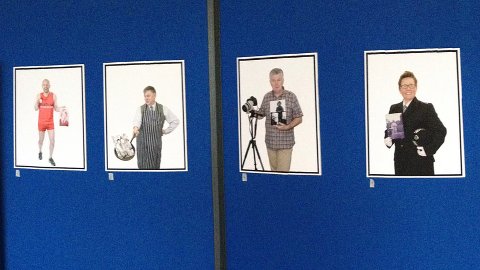 The images form part of a larger ongoing project that Dingley hopes to develop throughout the year. Having already photographed La Voix  from Britain’s Got Talent and John Waite, winner of the Great British Bake Off, next on his celebrity wish list are Tom Daley and Stephen Fry.

“I want the #Outcome project to be a recognised tool that can help combat homophobia, challenge stereotypes, promote equality but also enrich the lives of our own LGBT community”, he said.

“If the project were to be used as a tool in schools and communities, like the current exhibition in Lewisham is, then I will feel a great sense of achievement.”

#Outcome will run until March 17 at Seniors Club in Forest Hill before moving to Lewisham Civic Centre from March 18 onwards.

Transgender woman targeted with a PIPE BOMB ‘for being LGBT
Do LGBT people use NI Libraries? If so, what are your views?
Has everyone registered to vote who has signed the Poots resignation petition?
Scrapping Human Rights Act 'would breach Good Friday agreement'
Forty years ago I would have been denied my rights in Northern Ireland because I was Catholic. Now they could be denied because I’m gay
Unsung Northern Ireland LGBT Heroes
Equality or Freedom of Expression?
Could one court ruling force Northern Ireland to allow gay marriage ?
0 replies