“Historians in England will say I am a liar, but history is written by those who have hanged heroes.” 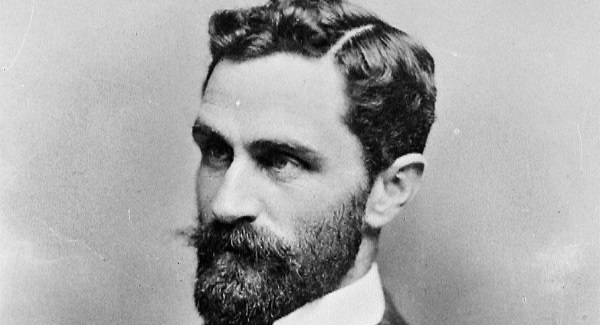 On the 50th anniversary of the repatriation of Roger Casement’s remains, Ryle Dwyer contends that perfection is not a requirement of patriotism.

TODAY is the 50th anniversary of the repatriation of the body of Roger Casement — more than 48 years after his execution.

His return reignited the controversy over his so-called Black Diaries, which have been an irrelevant distraction over the greater part of a century.

Casement was hanged for high treason after trying to enlist German help for the Easter Rebellion. Realising that the Germans were not going to provide sufficient military help, Casement returned home to call off the rebellion, which he believed was doomed.

From the Irish perspective he was striving for the independence of his native country, but the British saw his actions as treasonous. Yet they ultimately frustrated his efforts to undo what they considered his treasonous behaviour.

He confided in Robert Monteith — who accompanied him on the U-boat from Germany in April 1916 — that he wished to stop the rebellion.

Unfortunately, Casement became ill on the voyage. His condition was not helped by being dumped into the cold water from the small boat that he and his two colleagues used to get from the U-boat on that Good Friday morning. They were soaking wet, with no change of clothes, on reaching land.

Casement was in no condition to walk the 13km to Tralee, so he went into hiding in a ring fort overlooking the beach, while Monteith and Daniel Bailey went for help.

“Monteith told me what purported to be the view of Sir Roger Casement with regard to the Rising,” Stack later wrote. “The attempt would be pure madness at the moment.”

Stack insisted on hearing this from Casement himself, but when they went to Banna to pick up Casement in a car, they found the area swarming with police. Casement was arrested in the early afternoon.

Although he could easily have been rescued from police custody in Tralee, Stack was unwilling to act, because Patrick Pearse had ordered that nothing should happened in Tralee prior to the planned landing of German arms at the nearby port of Fenit on Easter Sunday.

In desperation that Friday night, Casement requested to speak to a Catholic priest. He asked Fr Frank Ryan, from the nearby Dominican priory, to get an urgent message to the Volunteers, to call off the rising. Fr Ryan was reluctant to get involved.

He agonised over the weekend before passing the message to local republicans in Tralee on Monday morning.

By then, the rebellion was already beginning in Dublin.

Casement was moved from Tralee to Britain, via Dublin, on the Saturday. Admiral Reginald ‘Blinker’ Hall, head of British naval intelligence, questioned him in London on Easter Sunday.

Realising that Hall was aware of the planned rebellion, Casement asked to be allowed to appeal publicly for the rebellion to be called off in order to “stop the useless bloodshed”.

But Hall wished the rising to go ahead in order to provide British forces with an excuse for suppressing the rebels.

“It is better that a cankering sore like this should be cut out,” Hall told Casement.

The Easter Rising was the military disaster that Casement predicted. In its aftermath, the leaders were summarily executed. Casement went on trial for high treason on June 26, 1916, and he was convicted and sentenced to death three days later. His appeal was dismissed the following month, and he was duly hanged at Pentonville Prison on August 3, 1916.

Before his execution, there were calls for clemency, which were undermined by a whispering campaign about graphic evidence in Casement’s diaries suggesting he was gay.

The British Attorney General had tried to use the diaries against Casement, but they had nothing to do with the charge of high treason.

Although the Attorney General was unable to use that material at his trial, Basil Thompson, head of Scotland Yard’s Special Branch, began surreptitiously circulating salacious extracts to selected journalists. The purpose was clear — to depict Casement as a moral degenerate in order to undermine the clemency campaign.

This sparked another controversy over much of the ensuing century. In 1936 William J Maloney wrote The Forged Casement Diaries, contending that the British had forged the diaries. Maloney had never met Casement and never even saw the diaries. It is now widely accepted, after exhaustive forensic tests, that the diaries are authentic.

This controversy suited those who had tried to use the diaries to discredit Casement. Instead of concentrating on the miscarriage of justice in relation to his execution, the focus turned on the irrelevant issue of whether he was gay.

It seemed Irish people could not accept that a patriot could have human failings or imperfections. It is puerile to think that real heroes should fit conventional norms in every respect.

With the centenary of Casement’s death next year, surely the focus should be on his accomplishments and what he tried to do, not what some might have considered his human flaws.

“It is easy to rewrite history when the few who know the truth are unable to make themselves heard.”

Book Review: The Short History of a Prince Gay Parenting
%d bloggers like this:
Scroll to top