10-day trip, which includes Blarney Castle and Cliffs of Moher, will cost €5,150 per person 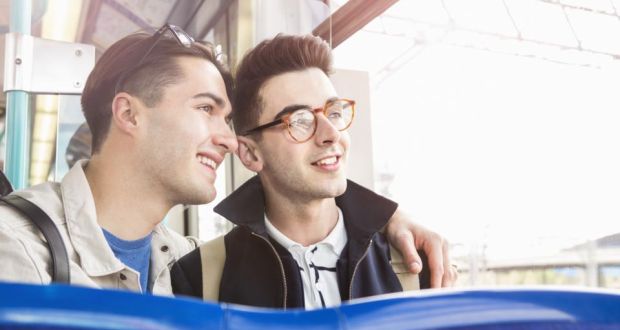 A major US tour operator has become among the first to create a romantic Irish tour for the LGBT market following the passage of the marriage equality referendum.

Brendan Vacation has created a 10-day romantic Ireland itinerary for LGBT couples, but only for those with a lot of money too.

The cost of the trip will be $5,750 per person (€5,150). For that price the itinerary will include a chauffeur in a vehicle with free WiFi.

Brendan Vacations specialises in high-end visits from North America to Ireland and Scotland. The company has offices in Dublin and Anaheim, California.

“It’s a new step for us,” its president Paul Wiseman said. “It’s a substantial change in the way that we are going to create and market [to the LGBT community]. We’ve done all kinds of different custom departures over the years. But this isn’t a one-off. This is now a much broader program that all agents would be able to get access to.”

Sightseeing will include Dublin, Glendalough, Blarney Castle, the Ring of Kerry, Torc Waterfall, the Cliffs of Moher and Strokestown Park House. Participants will also be offered a chance to cycle along the Wild Atlantic Way, drink Irish coffee at the Foynes Flying Boat Museum and eat St Tola goat cheese on a working farm.

Among those partnering with Brendan on the new product is Dan Mullane, owner of the Mustard Seed at Echo Lodge in Adare.

“We are so proud the Irish people voted yes for marriage equality, making us the first country in the world to do so,” he said. “Nobody blinks an eyelid here. Everyone is equal at the Mustard Seed at Echo Lodge, where they’ll be greeted by the warm, friendly welcome that Ireland is known for.”

The “pink pound” or “pink dollar” is now much sought after in the tourism market. At the World Travel Market in November, Out Now, an LGBT marketing solutions provider, valued the global LGBT tourism market at more than $202 billion annually.

Tourism Ireland has already launched a new campaign to promote Ireland as a wedding and honeymoon destination for same-sex couples. The campaign was launched just a day after the referendum passed in May.

The “Ireland says I do” initiative aims to encourage lesbian, gay, bisexual and transgender tourists to visit Ireland and to corner a larger slice of what chief executiveNiall Gibbons described as a “new and emerging” tourism market.