You are here: Home / Blog / culture

Director: Adele Tulli, who graduated in South Asian Studies and has worked on several activist projects in India and Europe

Plot information: A documentary following the decriminalizing of Section 377 of the Indian Penal Code which criminalized any sexual acts between consenting adults of the same sex.

When does the movie take place? July 2009

What happens in the movie? Imposed under the British colonial rule in 1860, Section 377 of the Indian Penal Code criminalize any sexual acts between consenting adults of the same sex, stigmatizing them as ‘against the order of nature’. On 2ND July 2009 the Delhi High Court passed a landmark judgement scrapping this clause, thus fulfilling the most basic demand of the Indian LGBTQ community, which had been fighting this law for the past 10 years. Three characters, Beena, Pallav and Abheena travel through the city of Bombay heading to the celebrations for the first anniversary of the historic verdict. ‘365 without 377’ is the story of their journey towards freedom. (IMDB)

What makes the movie interesting? The chance to see a different culture handling a British imposed culture, and how they developed as people and overcame the challenges of being ‘gay’ in India, where even though the law as been annulled by the Delhi High Court, for many they still believe it will take much more than this to change the mindset of the Indian community as a whole

What is the best part? The best parts for me was looking at the three main characters lives, and how just like ourselves they are ordinary, but have developed as people and are willing to stand up for their beliefs and rights.

How do you feel when the movie ended? Neither sad or happy, but I did feel that I wanted to learn more, and hope that another documentary will do a follow-up say in 5 years time. 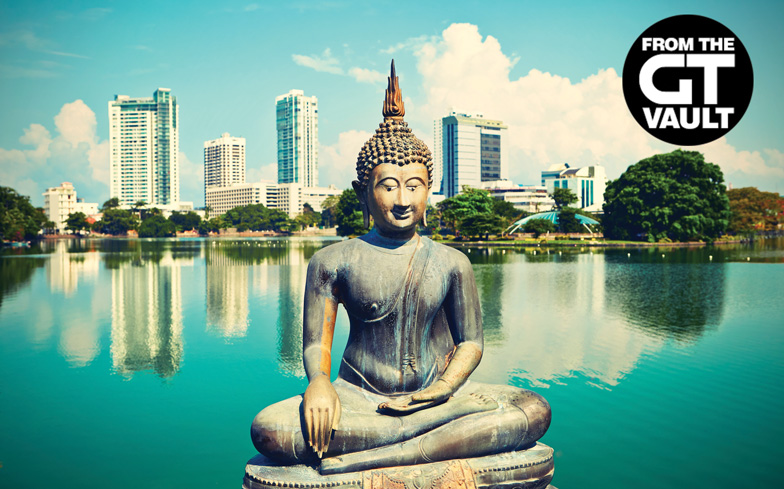 We’ve delved into the GT vault this festive season, to give you some holiday reading

Coming out is never easy. But in Sri Lanka and much of surrounding South Asia it’s dangerous

Coming out is never easy. But in Sri Lanka and much of surrounding South Asia – wherehomosexual acts are outlawed – it’s dangerous. How can LGBTIQ people fight for their rights when homophobia begins at home? GT investigates…

It was night time, and right the way down the street the lights had gone out. Power cuts are common in Sri Lanka’s capital city, Colombo, but this wasn’t a power cut. When four men arrived at Kiru Thurairajah’s house, she knew her girlfriend’s stepfather had sent them. He was unhappy with his stepdaughter being in a lesbian relationship and had already sent threats to Kiru.

As the men started throwing stones at the house, Kiru had a decision to make. Should she call the police, or would this just put her in more danger? Countless numbers of people have to ask themselves this question when they are harassed or even attacked because of their sexuality in Sri Lanka.

Articles 365 and 365a of Sri Lanka’s Penal Code, originally introduced by British colonists in 1886, have been used to criminalise homosexual acts which are said to be “against the order of nature” or to amount to “gross indecency”. Similar laws remain in place in India, Bangladesh, Bhutan and Pakistan, nearly 50 years after they were revoked in Britain.

“I was going to call the police but then I started thinking,” Kiru tells us, “if I called the police, I’d have to tell the whole story about who sent the thugs, and that I had a relationship with his stepdaughter.”

There’ve been no convictions for Article 365 or 365a since Sri Lanka gained independence in 1948, but the law means most LGBTIQ people avoid seeking protection from the police or justice from the courts, even when threatened with physical harm.

Luckily for Kiru, her aunt worked in politics and was able to send some policemen who didn’t ask any questions, but she decided not to file a complaint against her girlfriend’s stepfather. She eventually found out that he’d convinced the municipal council to switch off the electricity on her street.

Although Kiru thinks the laws need to change, she doesn’t see it as the biggest barrier gay people face.

“No one worries about the law in Sri Lanka,” she said. “If society was OK with who we are, we’d be OK.

“Social acceptance is improving, but only in urban areas, so I’m in a much better situation than other people. One person I know went through ‘corrective rape’; her father told her cousin to rape her, thinking that this would make her straight.”

Deepthi Tadanki is directing a film about corrective rape, which she started working on after speaking to a young man in Bangalore, whose own mother attempted to rape him. 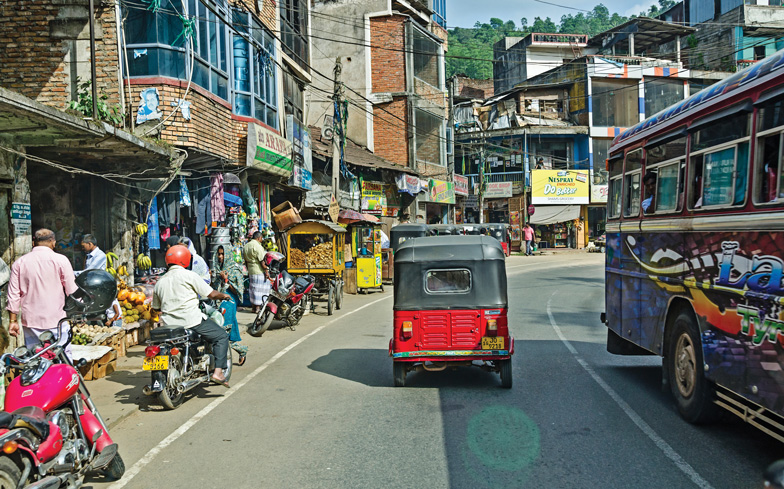 The Indian filmmaker told us: “In the LGBT community, everybody knows somebody who’s experienced corrective rape, but nobody talks about it because of the shame. The parents don’t see it as rape, they see it as their duty, and they think that it’ll benefit their kid’s future.”

Cases of corrective rape have been reported as far and wide as Uganda and Ecuador, but in South Asia, according to Deepthi, this issue is “beyond taboo”. Deepthi’s team have been threatened with an acid attack if they continue production.

Shan* hides his sexuality from everyone in his life except for a select few.

“Forget about LGBT rights, society is not ready to accept single people yet. You have to get married for acceptance. So whether they like it or not, most LGBT people do.”

Koluu Ranawake, celebrity chef, is one of the most open and flamboyant gay people in Sri Lanka. Having come out to his own mother at 17, he often hears from young people on Facebook who’re afraid to come out to their families.

“I encourage them, I say, ‘Why are you scared to tell your parents?’ I know some parents who’re quite happy about it,” he said.

But other activists, like Shan, advise caution: “In Sri Lanka, your identity and the level of its expression depends on your socio-economic status.”

When Kiru told her mother and father that she is a lesbian they both threatened to kill themselves, cutting their hands to prove they meant it. “It was very emotional for us,” she said. “We all cried for hours. It was the first time I’d seen my father cry. In Sri Lankan culture, men don’t cry, especially fathers.”

Other parents react by seeking ‘cures’. In rural areas, witch doctors – kattadiyas – offer remedies for homosexual urges, from herbal teas to hanging magnets from the patient’s testicles. Some psychologists continue to treat homosexuality as a mental illness. Kiru remembers when a friend was told she could be ‘cured’ through female genital mutilation.

Because of issues like these, LGBTIQ non-profit Equal Ground run programmes to ‘sensitise’ people; teaching them what homosexuality really is.

Last year, following representations from Equal Ground, the UN Human Rights Committee put pressure on the government to discuss the legal status and protections offered to LGBTIQ people. In a written response the government said Article 12 of the Constitution – the right to equality – “protects persons from stigmatisation and discrimination”.

It was an important milestone, but Equal Ground’s executive director, Rosanna Flamer-Caldera, didn’t think it was enough: “The fact of the matter is that law enforcement agencies often violate people’s rights based on these old laws.”

In 2009, an Indian High Court declared the country’s similarly outdated laws unconstitutional, as they violated equal rights. It was a historic success, but just four years later the Supreme Court overturned that judgment, saying it should be left for legislators to decide.

Aware of statistics from the National STD/AIDS Control Programme, indicating the number of new HIV cases has doubled in just six years, Prathiba is trying to open up a dialogue with civil society about the law. “There’s a veil of silence in this country, and we need to open this veil so we can protect people.”

But even within the Human Rights Commission of Sri Lanka, there was significant “debate” over openly discussing the issue of gay rights, because of concerns over protecting “Sri Lankan values”, according to Prathiba. This echoes issues across largely conservative South Asia, where power and religion have strong links.

Rosanna explains: “There’s a huge faction of homophobic politicians who’re constantly whipping up sentiment with their lies about what homosexuality is.”

In 2013 Norway’s Ambassador Grete Løchen brought her wife with her to Sri Lanka. In reaction to this, President at the time Mahinda Rajapaksa, meeting with an ultra-conservative Buddhist organisation said the country’s “Buddhist identity would come to an end if we allow these actions.” Rajapaksa’s argument is ubiquitous and flawed; there’s nothing within Buddhist texts which prohibits homosexuality.

“These bigots use one tiny thing from Buddhism, saying if something is bad for society then it should be stopped, in just the same way they pluck certain things from the Bible.

“The argument so many people put out is that homosexuality is against our culture, but if any culture violates somebody’s human rights, that culture needs to change,” says Rosanna from Equal Ground.

Parliamentary elections will be held this month, and Rosanna hopes this will lead topositive action from Parliament. “It’s time for politicians to come out of their closets and speak up,” she said.

If this happens it could cause a chain reaction, with more and more people coming out across Sri Lanka and South Asia.

Damith* explained how things would change for him if Article 365 and 365a were revoked. “If the law changed I’d definitely marry. Then I’d be very happy to introduce my family to my boyfriend. I’d be ready to come out and face disaster.”

*Some names have been changed by request.