Blog
You are here: Home / Blog / Anti-Bullying & Homophobia / When Topless is Good

And now for some gratuitous topless flesh

Ant-Man is released in cinemas today and we’re already getting pretty swoony over Paul Rudd. But what would a big budget superhero flick like this be without a bit of shirtless action?

Nothing, that’s what. So to celebrate the occasion we’ve rounded up our top topless super-torsos.

Chris Evans does a mighty fine job of protecting the free world… And also looking FINE.

Thor or Phwoar? Both work for us. The oldest Hemsworth sets the hunk benchmark.

Chris Pratt was hot even as a cuddly shoe-shine boy. So now he’s positively irresistible.

Check out this behind the scenes shot of Robert Downey Jr as Iron Man. You’ve still got it RDJ.

We know he’s not Spider-Man anymore, but you have you admit Andrew Garfield is fine.

It’t not a rare occurrence to see Hugh Jackman with his shirt off, but we don’t believe there can be too much of a good thing.

Here’s a shot of Henry Cavill as Superman. We imagine he’s thinking “why do people only see the abs and not the person inside?” Poor lad.

Alan Ritchson’s Aquaman character featured in Smallville. Those muscles ain’t small though. What a hottie.

Last but not least we have the star of today’s show, Paul Rudd. Ant-man may be our new superhero crush. Is he yours? 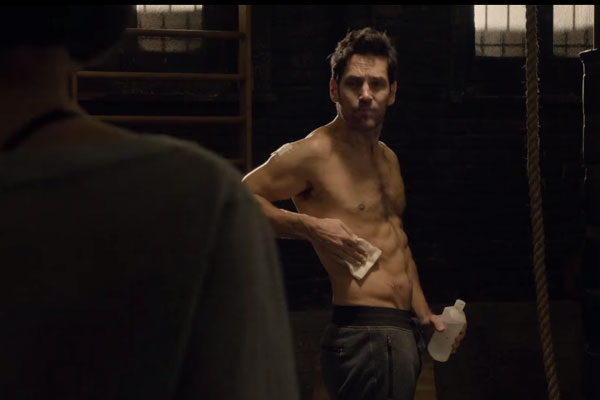 Antman is in cinemas nationwide and you can read GT’s review right here.

LGBT sex education in schools could lead to lower HIV rates and happier stu... The Incredible Moving Picturehouse arrives ahead of Liverpool Pride debut
%d bloggers like this:
Scroll to top