Reprinted and edited (adjusted)  from upstart in the distant past…

Comag Magazine Marketing sent NIGRA two mags to look at and comment on; they were Men’s Style and Out. 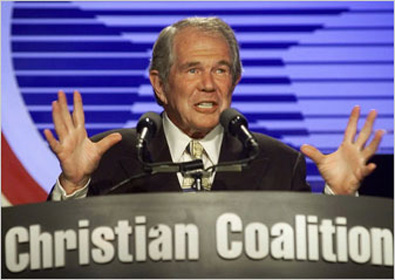 Of the two, Out, is the most substantial (most US Gay magazines take ‘The Advocate’ as a template), it has the usual showbiz gossip, some political news from around the States, and internationally, a big interview, and in this particular edition, an investigation into the enormous wealth of Pat Robertson.  He is one of the main figures in the Christian Coalition (currently, and successfully, ‘entering’ the Republican Party, with the ardour of born-again Trotskyites).  He is also head of a quite enormous media empire founded on a television network, which, because it is ‘religious’ and ‘charitable’ is not liable to tax.  Surely Jefferson’s Constitution forbids the endowment of any religion?

Out is easy to read and get around, though it was difficult to pin down how old it was – it’s was in it’s second year when we did this review.  It is not as US-bound as many other American publications.  It also does not have the fascinating (and rather frightening) Personal Ads with the strange hieroglyphs – yet.

This particular edition had a piece about the composer Pauline Oliveros, and her ‘life-partner’, Ione.  It reads like a full sclae interview that has been cut down (somewhat) to fit one page.  There is also a full-page picture of Oliveros and Ione, two women in their sixties at that time, facing the page of text.  Presumably, Out is making it clear that it is not going to be as youth and sex-obsessed as such glossies tend to be.  Out was to be produced ten times a year, with a cover price of £2.95 at that time.

Men’s Style also cost £2.95, and was bi-monthly.  There is an interview in the edition to hand with a very American celeb – he doesn’t even appear on out telly between 2 and 2 am (yep, he was that obscure – but obviously “mega” in American).  The rest was basically pictures of pretty, handsome and beautiful young men wearing seriously naff threads.  Three quid is a bit much to pay to gander at men with clothes on, especially as there was a lot of opposition – FHM, GQ, half a dozen others come to mind.  (There’s was also loads of footie, and other sports magazine with the likes of Ryan Giggs, David Ginola and various Brazilian and Portuguese boy-babes…um…sportsmen, wearing short shorts, and often very little else at that time.

Also posted juxaposed to this article was a picture in B&W of Dani de Cruz Cavallo – I have tried to find the picture online and cannot, so I have used another and will print the comment from our previous paper edition: The comely youth is Dani de Cruz Caravallo, he was a footballer on West Ham’s first team.  He was a middle class Portuguese, and according to an interview (with Just 17 – yes, we hadn’t realised it was a footie-mag either) he can “look after myself – I can cook” (a Latin boy?) and “I have a number of friends who are girls”.  He seems to have walked off the plane and into a modelling contract.  The mind doesn’t quite boggle – it just throbs a wee bit.

GO! Athletes builds support network of LGBT high school & college athletes
Manchester's LGBT history to be celebrated on new digital platform OUT!
History Recalled - the Letter that OUT did not print about Peter Mandelson coming to Ulster
1 reply

The Riders by Tim Winton Almost 70pc support for gay marriage in NI
%d bloggers like this:
Scroll to top